"The key to immortality

is living a life

There are two lives who, if you ask any musician who ever played for them, any other performer who worked on the same bill as them, or anyone who ever sat in an audience and saw them perform will tell you:

“They were the GREATEST!”

I refer to my parents… Givens & Sweetie!

"The last of the Lakewood, NJ

Jimmy Givens and his wife,

Barbara Givens, affectionately known as “Sweetie” were an extremely talented team who, while not being big stars, revolutionized show business for generations to come.

Sing, comedy, dance… they did it all, and well, and that’s putting it mildly! Put two charismatic personalities together like my mother and father, some dynamite talent and you had an act that received standing ovations as naturally as they breathed.

What do I mean when I say they revolutionized show business? In the

“old days” it was the comedian who was the “star” and then there was the “opening act”.

My parents developed into such dynamic entertainers that when they hit their finale, nobody could follow them. Nobody was interested in hearing any comedian. When I say “any” comedian, I mean comedians on the level of Buddy Hackett, Joey Bishop on down. Please remember I’m referring to the mid-fifties through the sixties. It was during this time that the booking agents noticed what Givens & Sweetie were doing and it became the norm that whenever Givens & Sweetie were on the bill, they closed the show!

Then as time went on, it became the norm that comedians were the “opening act” and singers were the “closing act”.

My parents had a unique chemistry on and off stage. My Daddy “opened” the act with his comedy. My Daddy was much more than a comedian. He was a humorist. He kept up on current events and his comedy on each show could and would be different… and funny!
He would conclude his portion with his drum number, where he did his drum solo at the end of a chorus of “I Got Rhythm” on his cocktail drum.

Then he would introduce my mother as:

Daddy would kick it off and the band would hit Mama’s intro and Mama came out and graced the stage in all her elegance and personality and hit ‘em with a song!
We had different arrangements for Mama to open with just for variety. All the arrangements were Daddy’s ideas that he would collaborate with a really good arranger, Howie Segurson. As well as English, Mama sang in French and Yiddish. When Mama finished her portion, Daddy would sing a song or two and then tap dance. In the meantime, Mama was in the dressing room changing and getting ready for the finale.

Daddy would bring Mama back and Mama would go into "Birth of the Blues" then hit the finale, which was an original arrangement called "Rockin' Gal"!

This was Daddy’s idea and it was what got audiences to their feet! “Rockin’Gal”turned out to be the “SAINTS GO MARCHIN’ IN”!  After that...

… THE SHOW AND THE NIGHT WAS OVER!﻿

Now where do I fit in with this extravaganza? I had the opportunity to travel and play drums for my parents. My experience was “under fire”! My Daddy gave me an opportunity not many children could get. My Daddy was a taskmaster. On that stage, I was not his son!

If I messed up {and I did my share of messing up} I heard about it! Had my Daddy not been as tough on me as he was, I would not be the drummer I am today! In time, I developed well enough to become the musical director for the act!

“It was always the three of us!”

my parents had the opportunity to travel to the Far East. They toured Japan and Korea. My father put a four-piece group together (piano, guitar, sax and drums) and called the act:

“Givens & Sweetie and the Commandos"!

They were booked for ten weeks and stayed seven months. During this time I had a nanny. When they were asked to extend the tour again, my Mama said: “No, I want to go home to my son!” Even with that, the powers that be countered by saying: “That’s okay, we’ll send for him. We’ll bring him over here.” Mama held her ground! Mama said: “No I’m going home, you guys can stay here!” I’ll never forget the day our phone rang at home and I answered it and I heard the voice say:

“I’d like to speak with Jimmy Givens.” and I responded by saying: “He’s not here, he’s in Japan.” The voice on the other end said:

“No he’s not, this is Daddy!” I got so excited and yelled: “DADDY!” My Daddy told me they were home and at the airport and would be home in a little while!

Boy was I happy! That was the longest time I was ever not with my parents. The three of us were inseparable.

“It was always the three of us and

I love and miss my parents every day!" 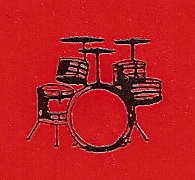 You are invited to "Upcoming Events" to see what

has to offer for your special event! ;-)